The Christmas season is here with all the lights, decorations, shopping, parties, gift giving and receiving, and everything else that comes with the season.  It’s the time of year for churches all over the world to either tell about, or re-enact the Christmas story of the angelic birth announcement of Christ.

As I sat in my office thinking about Christmas and yes, enjoying my decorations and lights, a question came to mind. What if? What if Christ had not been born? My immediate response was, “There would be no Easter.” That is certainly true but there would have been further ramifications.

In the Old Testament at least 44 Messianic prophecies about Jesus would not have been fulfilled.  What if they hadn’t have been fulfilled?  Then we would have to say the Bible is a book of half truths or lies.  What if that could be the case? We would then have to say that God the Author is a liar.  However in Number 23:18 it says, “God is not human that He should lie, not a human being that He should change His mind. Does He not speak and not act?  Does He promise and not fulfill?”

What if the Bible was a book of lies and half truths and God not real, and His Son’s birth a nice, feel good story to act out every December?  I would have to conclude that we as a human race are doomed!!!

However.  What if the virgin birth is true?  What if the angels did announce to the shepherds that the Messiah had been born?

What if God so loved this world that He gave His only Son as Saviour to the world?  What if peace, good will and salvation rested in that little baby all swaddled and placed on a bed of straw in a manger in a stable?

Then rejoice all the inhabitants of this earth for unto us a child is born and unto us a Son is given and the government shall be upon His shoulders.  He will be called Wonderful, Counselor, Mighty God, Everlasting Father, Prince of Peace. (Isaiah 9:6)

How do we know all this is true? I have to say it has to be because so many people are trying to wipe out the message of Christmas.  It’s now politically incorrect to say Merry Christmas or Christmas tree because it may be offensive. We now are supposed to say Happy Holidays and Holiday tree.

Last week a Nebraska elementary school principal decided to ban Santa, Christmas decorations and candy canes from her school.  Her reason was that the shape of the candy can which makes a J historically represents Jesus, the red colour representing His blood and the white symbolizing His resurrection.

People.  We need to wake up and smell the coffee.  Why is this happening?  Why are people so offended with Christmas?  Why are people trying to stamp out the message of Christmas?  I have one answer.  It’s because it’s a powerful message.  It’s a life-changing message. It’s God’s message of peace instead of war, love instead of hate, redemption instead of condemnation.  It is a message that can never be silenced because it is God’s message and to try to silence the message is to try to silence the Almighty. 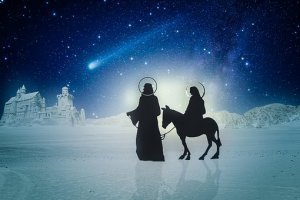 The what ifs have been answered.  Christ was born, grew up, was crucified for the sins of mankind, rose from the dead, and now sits at the right hand of Almighty God.

As for me and my house we will serve the Lord. We choose to serve Christ who is The Reason for the Season 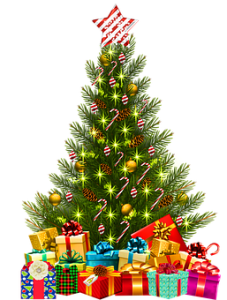 From our home to yours we wish you a very Merry Christmas and Happy New Year.